For the sixth time, CAST e.V. awarded its prize for IT Security on 16 November 2006 to young talent in IT Security. The first prizes of the categories Universities and Technical Colleges were donated this year by the Deutsche Bank and by the Horst-Görtz Stiftung. The reputable donors emphasize the level of importance the CAST Award has achieved since its introduction in 2001.

"There was a pleasingly high number of 34 excellent submissions from Germany and Austria," stated Dr. Michael Kreutzer, responsible for the organization of the CAST Award. In order to make a first selection, experts made over 100 evaluations. The nominated candidates presented and defended their work today in front of CAST members and the interested public. The present members of CAST e.V. evaluated the work for the award based on the presentations.

In a ceremony, Bernhard Esslinger, Director of Deutsche Bank, awarded the prizes to the winners. In his laudation, he highlighted the imporance of IT Security for industry: "The fact that universities are taking IT Security seriously as a complex and modern subject and are educating young people is very important to us." IT Security is currently a significant part of active risk management in finance.

An overview of the program can be found on the event's homepage. 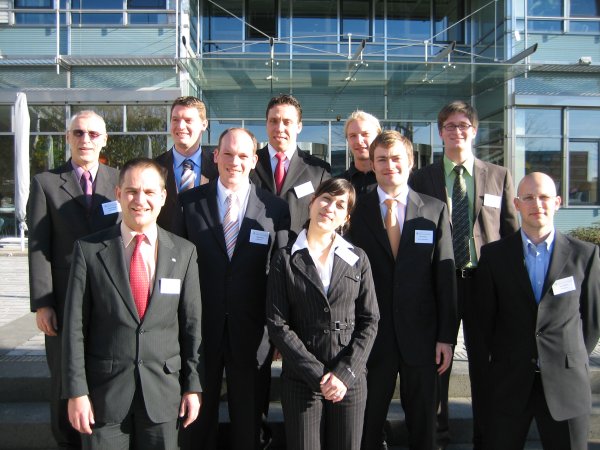 The award was a total of 16,000 euros and was awarded to extraordinary diploma theses and other theses in the field of IT Security. The award is divided into two categories: students at universities and students at technical colleges or vocational universities. The Competence Center for Applied Security Technology (CAST) is the largest organization for IT Security in Europe, with over 150 reputable members from academics, industry and public service. Among the members are global companies, midsized businesses, as well as small companies, research institutions, universities and agencies. CAST's goal is to meet the growing importance of IT Security in all branches of business and public administration with the necessary competences and to further develop these competences. The forum's tasks include the support of innovative security solutions that will affect the European market, as well as education in IT Security for all careers and fields of activity. In this connection, the support of education has a particularly important priority.