For the fifth time, CAST e.V. conferred its IT Security Award on 17 November 2005. The Competence Center for Applied Security Technology (CAST) is the largest organization for IT Security in Europe, with over 140 reputable members from academics, industry and public service. The award is a total of 18,000 euros and is awarded to students and apprentices for excellent theses and final papers in the field of IT Security. The award is split into three categories: students at universities, students at technical colleges and apprentices.

Students and apprentices from all over Germany heeded the call for papers. "All submitted papers were on a very high academic level. This amount of interest in IT Security is an important building block for Germany as a technology landmark.," said Professor Johannes Buchmann, Chairman of CAST e.V. and Vice President of the Technische Universität Darmstadt, in his welcoming speech.

An overview of the event's program and abstracts of the participant's papers can be found at the event homepage.

Of the 40 submissions for the award, an objective jury chose the ten best entries in a preselection process. The nominated candidates presented and defended their work today in front of CAST members and the interested public. The present members of CAST e.V. evaluated the papers based on the presentations.

The Winners of the CAST Award IT Security 2005

The winners of each prize were decided upon by secret ballot by the present members of the CAST Forum. 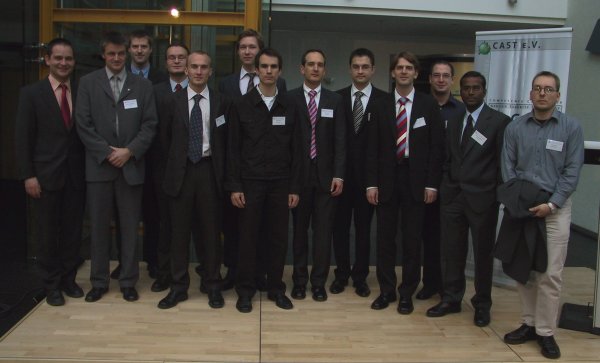 The candidates for the CAST Award 2005 with representatives of CAST e.V. 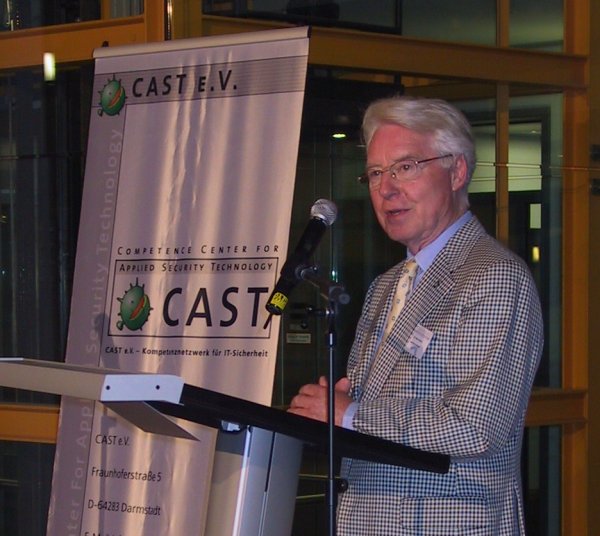 Horst Görtz, one of the pioneers of IT Security Technology in Germany, presented the awards in a ceremony. In his laudation, he praised the high quality of the submissions and was visibly excited about the increasing interest in IT Security in education. The first prize in the University category, over 4000 euros, was sponsored by the Horst-Görtz-Stiftung, which, like CAST e.V., is involved in promoting applied security research. 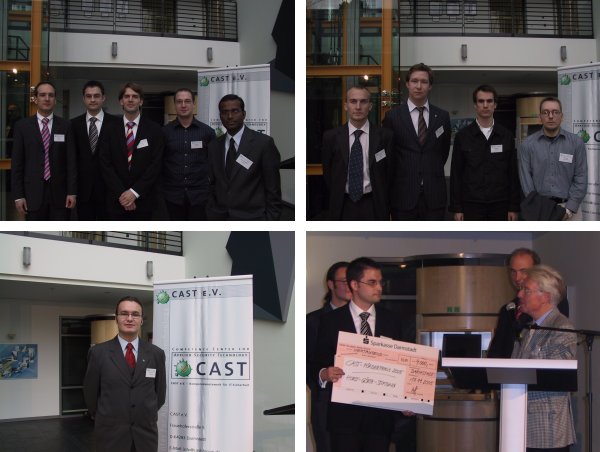